Applet viewer is a standard interpreter that accept, two different types of file that is H.T.M.L. and Java file when applet viewer interpreter reads the instruction form the H.T.M.L. file then it will directly search the applet tag within the multi line comment statement. Therefore it is necessary for Java developer to written the applet tag in the multi line comment statement in the Java file.

Initialize ( ) is a standard met of applet class. This is the 1st met that is executed by the applet viewer interpreter during the execution of applet program this method is used to initialize the member variable of applet class.

Paint ( ) method provides the object of graphics class which used to perform graphical operation on the client are of applet window.

Graphics is a standard inbuilt class present in java out package containing met to perform graphical operation on the client area of applet windows.

Destroy ( ) is standard inbuilt method of applet class when ever the browser or applet window is closed then applet viewer interpreter will invoke destroy( ) method but before the invoke of this method it will invoke stop ( ) method to stop the current running process of applet program. 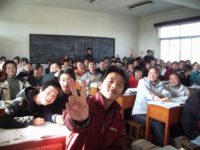